An Early Start to Bilingualism 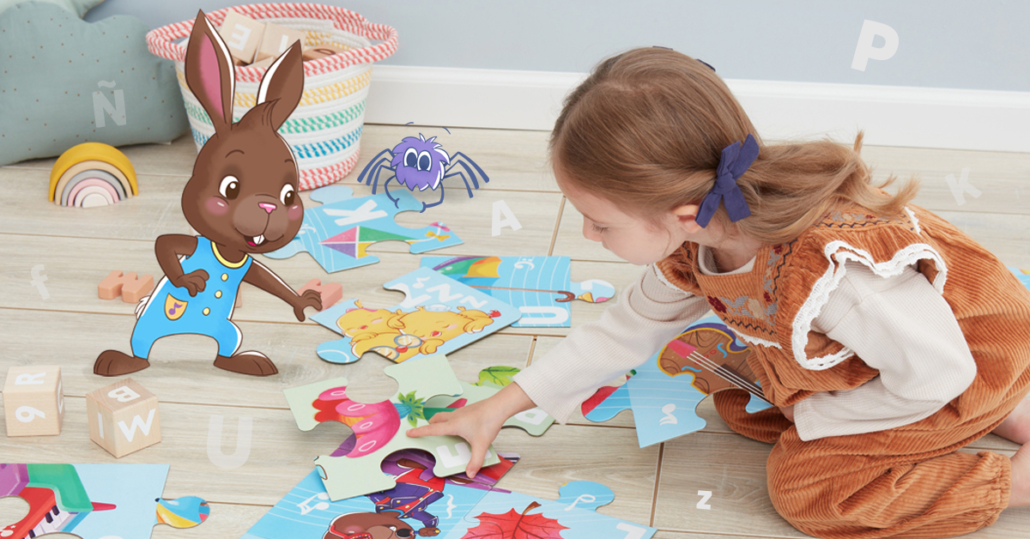 There is a common misconception among parents that simultaneously learning two or more languages can be confusing for a child, or that being multilingual negatively impacts language development or academic success. In fact, the opposite is true. For decades, research has shown that the benefits of language immersion programs include higher academic achievement, better literacy and language skills in both languages, and stronger cognitive skills.

The benefits are clear, yet parents still have many questions about raising bilingual children, starting with “when is the best time to introduce a new language?” Some families simply wait until language classes are offered at their schools. Some private and public schools start second language instruction as early as Pre-K, while others wait until children are much older. When I was a student in suburban New York, my public school district didn’t start to offer Spanish until 6th grade.

Luckily, I grew up in a Spanish-speaking household and my parents did everything they could to support  my Spanish development at home while I learned English at school. My mom read to me in Spanish from when I was a baby, and then taught me to read Spanish around age 5.

Today, as an educator and expert in bilingual education, I treasure my parents’ gift of early bilingual language and biliteracy. I’ve learned that introducing a second language early sets children up to gain native-level proficiency in all of their languages, and takes advantage of the fact that children’s brains are primed for learning.

Recent research has brought more clarity to the question of whether or not there is an ideal or “critical period” for language acquisition. In 2018, researchers conducted a large-scale linguistic study of more than half a million English speakers and found that native grasp of grammatical fluency is attained by those who start a new language before age 10. Learning languages is possible any time in life, but those of us who have tried to learn as adults know that it can take more time and we can never quite get rid of the accent or grasp grammar as well as a native speaker.

There is also fascinating research being done on infant neuroscience that shows how advantageous it is to start a second language right at birth. In a powerful 2017 TEDx Talk, Dr. Naja Ferjan Ramirez explains her latest research on creating bilingual minds. Early on in her talk, she unequivocally states that “the human brain is fully capable of achieving native fluency in two languages at the same time, and that we don’t necessarily have to struggle to get there.” In studying the brain processing of language of bilingual babies between 0-3 years of age, she’s found that before babies can even speak, their brains are becoming specialized to process the sounds of both languages they are exposed to at home. As they get older and neural connections are lost, so is the opportunity to hear and produce nuanced sounds of different languages.

Another key advantage of starting early is related to how we learn second languages. Using repetition, conversation, and visual cues are well-known ways to develop a new language, and they are also common strategies for general early childhood education. Songs and nursery rhymes are used to introduce and reinforce vocabulary, pretend play lends itself to children speaking in their new language out loud, and the tangible nature of their learning and play materials (blocks, books, etc.) set them up for better language acquisition. The activities that are fun and developmentally appropriate for children 0-5 are also perfect tools for helping them acquire a new language.

This is why we do what we do. Canticos is a bilingual learning platform. We don’t just teach English or Spanish, we teach in English and Spanish. We care deeply about setting up children for success on their bilingual education journey. Starting at birth, children’s brains are ready for multiple languages, and it’s the perfect time to celebrate language and culture with the whole family.

Back to the Learning Corner

Ask an Educator: Valentine’s Day Edition
Scroll to top
Get the App